Equal before the Law 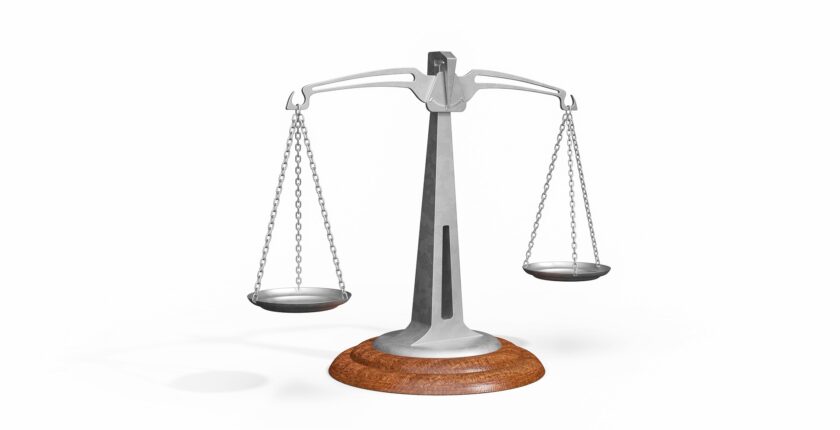 Who is eligible to practice law is the latest question placed before the Supreme Court of India, vide Writ Petition titled ‘Ashwini Kumar Upadhyay vs Union of India & Others’. The members of the legislature, who are enrolled as advocates and appear in courts across the country, are likely to get affected by the result of this petition.

The Bar Council of India has already served notice to such lawyers-cum-MPs and MLAs seeking their comments this issue. The matter is sub-judice; however, given far-reaching socio-political implications of this case, its public scrutiny cannot be avoided in general societal welfare.

Technically, the case is simple for determining the fate of many sitting MPs and MLAs who are practising lawyers and at the same time drawing salaries as members of legislature, besides enjoying many other privileges and benefits.

Prima-facie they are in breach of the BCI’s rules of practice. However, the case has more to offer than mere interpretation of law and deciding lawfulness of MPs and MLAs continuing their practice as lawyers. This case is certainly going to have a snow-ball effect.

This is because if members of legislature who draw salaries on full-time basis from the State are allowed to continue practicing in courts, lakhs of law teachers in the country could claim a similar privilege.

Under such a situation, the law will not be able to take a different route and discriminate against law teachers’ right to practice on an equal basis like MPs and MLAs. Any rule of BCI which would then prohibit law teachers from enrolling as advocates and appearing in courts would face challenge for being arbitrary and in visible violation of Article 14 and 15 of the Constitution of India.

The issue is multi-dimensional in nature and raises a crucial question. Would it be wise and ethical for MPs and MLAs to draw salary from the State and at the same time claim legal fees from clients for appearing in courts? On the one hand, it calls for legal scrutiny. On the other hand, it raises concerns of conflict of interest.

The conflict of interest situation is purely based on the role of MPs and MLAs to serve the citizens of India which involves a significant function of law-making related to crimes, actions of torts, various civil wrongs and national security, social welfare and so forth.

Now if the same MPs and MLAs are allowed to serve and represent in courts all sorts of clients ranging from persons accused of crimes to corporate firms involved in fraudulent practices to politicians involved in scams and financial crimes, a conflict of interest situation is inevitable. Unfortunately, though, this is in practice till date.

If data could be compiled, it will show that how many senior lawyers of the Supreme Court and High Courts who are sitting MPs and MLAs and have even served important portfolios as Union Ministers have defended thousands of criminals and firms involved in financial crimes. This is no less than cheating the electorates of this country. This petition has arrived quite late but is a welcome step. We must view it on merits critically but not cynically.

At the same time, we cannot ignore the fact that there isn’t any regulation to check the fees charged by lawyers. To make it worse, it is an open secret that fees charged by senior lawyers of the Supreme Court and High Courts is unimaginably high and in most cases involves lakhs of rupees per hearing.

This excludes the over-head charges of consultation, conference-briefing, travel and accommodation and other administrative charges, which are billed to the client separately. Needless to say that all MPs and MLAs who are practising in the courts are also charging such heavy legal fees. This is over and above the salary they draw from the State. It is a choice between being legally and political correct vis-à-vis ethically justified.

Therefore, it is a complex issue of law and ethics, between what is legally permissible and what is wise and virtuous. In our attempt to find plausible answers to this complex legal intercourse, let us look at the regulation in question. Part VI, Chapter II of BCI Rules provides for the rules on Standards of Professional Conduct and Etiquette governing advocates.

Rule 49 of this Chapter II clearly lays down that “An advocate shall not be a full-time salaried employee of any person, government, firm, corporation or concern, so long as he continues to practise, and shall, on taking up any such employment, intimate the fact to the Bar Council on whose roll his name appears and shall thereupon cease to practise as an advocate so long as he continues in such employment.”

Following this practice, which is universally adopted and followed, there shouldn’t be any difficulty in applying the BCI rule in both letter and spirit. Consequently, it will result in debarring the members of legislature from continuing to remain enrolled as advocates and prohibit them from appearing in courts till they serve as MPs or MLAs.

Salaried Status of MPs and MLAs

The status of the members of legislature is clearly settled for being classified as public servants who draw salary from the State exchequer. Hence, on a prima-facie application of BCI’s Rule no. 49, all sitting MPs and MLAs who haven’t applied for suspension of their Bar licence for the term they are serving members of the legislature and are appearing in the court of law, stand in direct violation of the BCI’s rule.

It seems to be a dead end. There appear to be only two ways to resolve it in favour of MPs and MLAs for exempting them from a strict application of this rule. Firstly, BCI can amend its rules and exempt members of the legislature from an existing prohibition. Secondly, the court’s interpretation of this rule in favour of the members of the legislature may help MPs and MLAs, but it seems to be least probable. In my view, both options are risky.

BCI’s unilateral amendment of its rule to benefit only MPs and MLAs, many of whom are senior lawyers of the Supreme Court or the High Courts, would attract immediate challenge. The law teachers will be the first class of salaried persons to contest this. This is because till date law teachers have not been allowed to practice law and simultaneously teach on a full-time basis, given the prohibition laid down in BCI’s Rule no. 49. Sadly true but the MPs and MLAs of every political party in the country today have so far been practicing law in blatant violation of the BCI norms. It is a cruel reality that law-makers have not only been flouting a law but are now taking centre stage to criticise the Writ Petition seeking remedial measures.

Some of them have gone on record to say that this would make the Parliament comprise of unemployed members. Many of these voices have come from MPs who are identified as senior lawyers of the Supreme Court. They are expected to speak maturely and in a dignified manner and importantly refrain from insulting Parliament, a settled legal system and even the electorates, by such remarks. In fact, may I ask them, isn’t the salary they draw as MPs an evidence of their employment.

Is any unemployed youth of this country entitled to similar ‘unemployment allowance’? The members of legislature must answer, for they are directly accountable to the people of country. Hence, even their conduct of practising law in the courts while receiving salary as sitting MPs/MLAs need a public debate.

Equality before the law

Whatever be the judgment or policy that may see the light of day in the near future, as a law teacher I look forward to enjoying equal privilege on this issue as would any salaried person which certainly includes MPs and MLAs. The message should also be heard loud and clear that MPs and MLAs need to reorient themselves and fall in line with the law of the land.

Merely by virtue of either being a lawyer or senior lawyer of the country or perhaps engaged in any other profession, they cannot have a law carved out for them separately which favours them exclusively. That is why the case has multi-dimensional facets and a greater significance than mere settling of a legal issue in hand.

All eyes are now glued to the Supreme Court to establish a fine balance of fundamental rights which would bring members of legislature, law teachers and other salaried persons on an equal footing, for all are equal in the eyes of law.

Author: Dr. Nachiketa Mittal
Dr. Mittal is the Founder & Director of Virtual Law School. Dr. Mittal is a law teacher and had worked with civil society organisations on various issues including on disability rights. He has also published articles on law and disability. In March 2017, Dr. Mittal presented paper in Delhi University on the issue of rights of women with disabilities. He was also the founding faculty incharge of the Center for Disability Law and Advocacy in the National Law University Odisha. He can be contacted at [email protected]