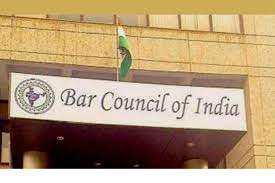 Bar Council of India had imposed a moratorium for a period of three years on opening of New Law Colleges/Centers of Legal Education in the country through a resolution dated August 11, 2019. This moratorium was challenged in the High Court of Punjab & Haryana at Chandigarh in the case of Chandigarh Educational Society vs Bar Council of India and others, CWP No. 7441 of 2020 (O&M). On December 04, 2021, the High Court had set aside the Moratorium being violative of Article 19(1)(g) of the Constitution of India.

Earlier, the BCI had filed a Letter Patent Appeal (LPA) against the order of the Punjab & Haryana High Court. However, in a resolution dated June 16, 2021, the BCI has now decided to file an application for withdrawal of the LPA. As a result, the moratorium stands cancelled.

Lifting the moratorium, BCI has now decided to appoint a Committee to draft Rules for moratorium which can be placed  before the Legal Education Committee which  has a statutory sanction under section 10 (2) (b) of the Advocates Act. Until then, the BCI has resolved to conduct surprise visits of Law Colleges/Centers of Legal Education subject to a possibility given the educational institutions being closed due to pandemic.